MATLAB (MATrix LABoratory) is a simple programming language with its own extensive library of mathematical and graphical subroutines. MATLAB is the world’s most successful piece of numerical analysis software. Cleve Moler, founder of MATLAB in his interview outlined that he created MATLAB for educational purposes from a freely distributed package.

MATLAB combines a desktop environment tuned for iterative analysis and design processes with a programming language that expresses matrix and array mathematics directly. It includes the Live Editor for creating scripts that combine code, output, and formatted text in an executable notebook. It is one of the most versatile platforms which is useful in Data Analysis, Graphics, Parallel Computing, App Building and Web Development. It is widely used in academia as well as in industry.

Therefore to make students aware about the MATLAB Programming Software, IETE-SF Conducted a Session “Workshop on MATLAB Programming”. It was a one day event. The aim for the event was to give a general introduction to MATLAB. The Session took place on 24th March. The Session was very informative and interactive for the attendees. The Session started with good enthusiasm among the attendees to gain a good hold for MATLAB Platform under the guidance of Professor Venkataramanan. Firstly the Professor introduced himself. The speaker then proceeded to show us a detailed slide of MATLAB Programming.

While giving Brief Introduction to MATLAB GUI, the Professor explained how to start MATLAB and explained all the components on the Workspace Window of the software. He also explained applications of these components to make the  use of software more fluent.

Operator  was the next, this was explained with the help of basic examples. For example, Arithmetic Operators, Relational Operators, Logical Operators, etc.  Students also tried these examples which helped them to learn Operators. Professor also explained how to write the Matrix. These Matrices included Row, Column & Square Matrices.

Professor explained various Data-Types available in MATLAB. To make the workshop more lively he conducted a small Puzzle Game and announced a Prize money for the winner. The group who solved the puzzle first became the winner and collected the prize.

Then, the Professor briefly illustrated Arrays and various functions available on software. And Lastly while concluding his session he illustrated Audio Processing with the help of code which plays ‘Sa-Re-Ga-Ma-Pa’ on running.

After a complete Introduction to MATLAB Programming, the event was continued by Ms. Adrika Singh and Mr. Durvang Parab in which Ms. Adrika firstly explained how to install Python and further she gave a brief introduction regarding the fundamentals of Python. She also explained Data Structures & Data Types available in Python. Then, she explained Mutable and immutable classification of objects i.e. if value can change, the object is called mutable, while if the value cannot change, the object is called immutable. She concluded her session with a fun animation. 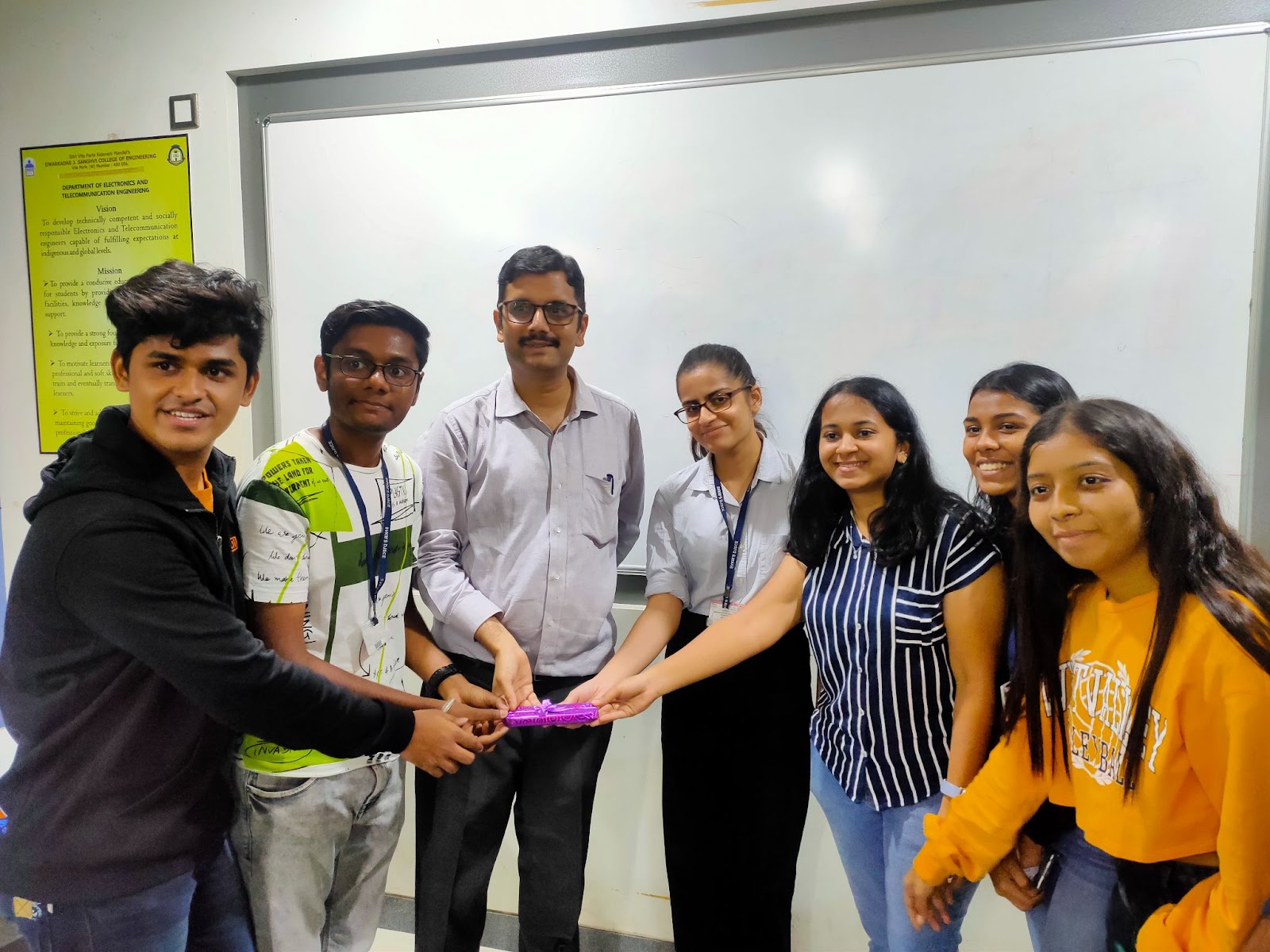 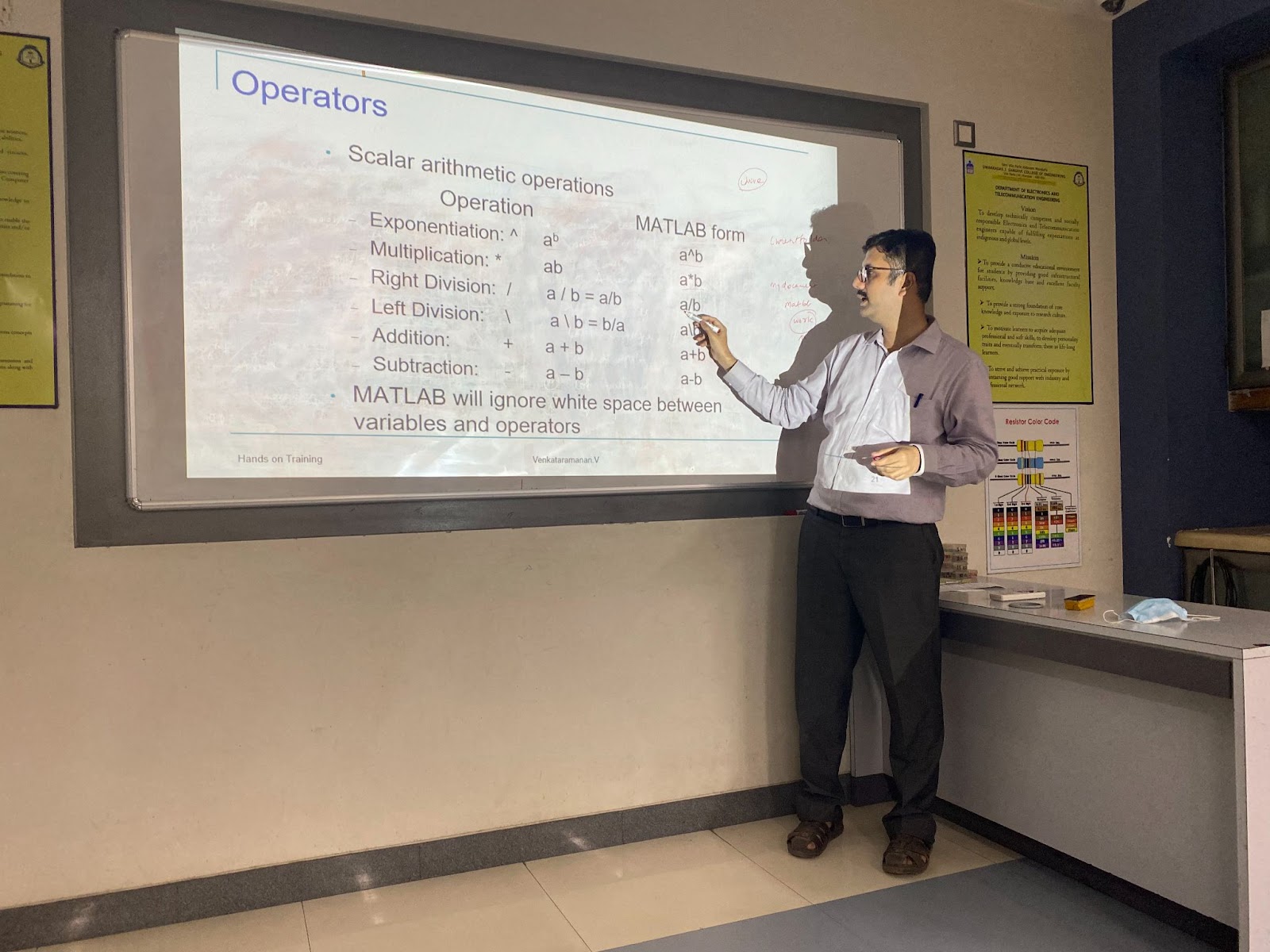 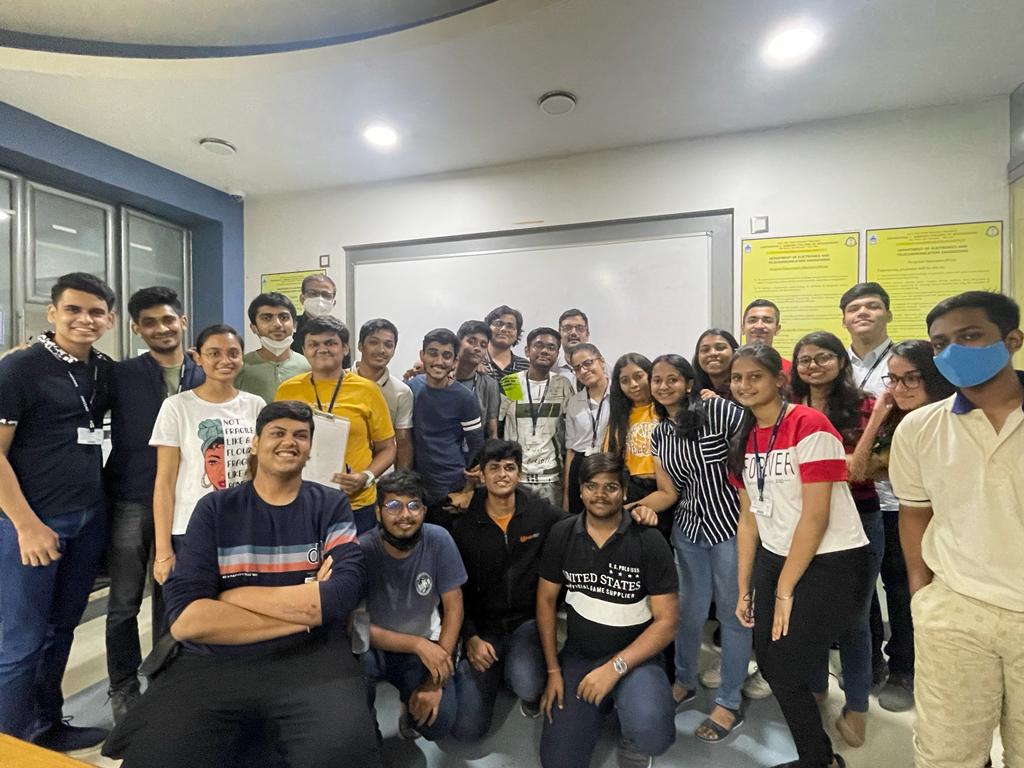